Prof. Avi Shlaim is an Emeritus Fellow of St Antony’s College and Emeritus Professor of International Relations at the University of Oxford. He held a British Academy Research Professorship in 2003-6 and he was elected Fellow of the British Academy in 2006. His books include Collusion across the Jordan: King Abdullah, the Zionist Movement, and the Partition of Palestine (1988); The Politics of Partition (1990 and 1998); War and Peace in the Middle East: A Concise History (1995); The Iron Wall: Israel and the Arab World (2000 and 2014), Lion of Jordan: The Life of King Hussein in War and Peace (2007), and Israel and Palestine: Reappraisals, Revisions, Refutation (2009), which was published in Czech last year.

Prof. Avi Shlaim will examine critically the motives behind the Balfour Declaration of 1917, its content, and its consequences. He will argue that Britain had no legal or moral right to promise ‘a national home for the Jewish people in Palestine’. He will also argue that this declaration and Britain’s subsequent policy paved the way to the establishment of the state of Israel in 1948 and to the Palestinian catastrophe that accompanied it. In the last part of his talk, he will analyse the policy of the present British government’.

David Cronin is a contributing editor with The Electronic Intifada, a website focused on Palestine. He is the author of ‘Balfour’s Shadow: A Century of British Support for Zionism and Israel’ (Pluto, 2017). His previous books are, ‘Europe’s Alliance With Israel: Aiding the Occupation’ (Pluto, 2011) and ‘Corporate Europe: How Big Business Sets Policies on Food Climate and ‘War’ (Pluto, 2013).

David Cronin will compare shared experience of Irish and Palestinian people with British colonialism and will speak about consequences of 100 years of British support for Zionism and Israel.

Daniela Bartáková will speak about the history of Czech Zionists and anti-zionists. What were the reasons, motivations and believes of some Jews to strongly support Jewish nationalism in Palestine and others to oppose it.

Prof. Pavel Barša, Ph.D. is philosopher, sociologist and political scientist, professor at Charles University Institute of Political Science. Prof. Barša is an author of Revolt of the Orientals (2011), Memory and Genocide; Thoughts About the Policies of Holocaust (2011) and many other books.

Palestinian cuisine will be served after the conference 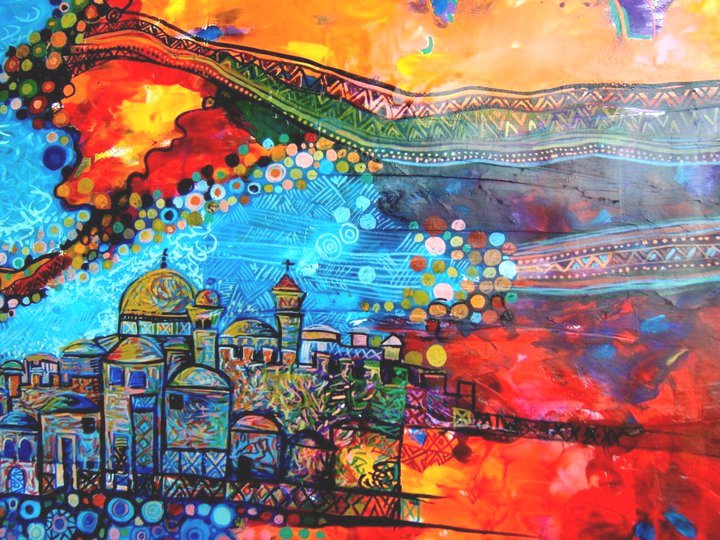